(Parental Discretion Advised. Some humor below might not be suitable for children) 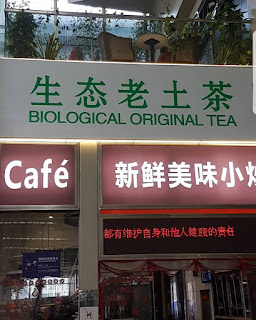 Our first experience with hysterically bad English translations was in July 1988. The YMCA on the Hong Kong island side had an elevator with advertisements for delectable dishes served in their Mezzanine floor restaurant.  “Choicest tender and juicy beef- cooked to the utmost liking of what a businessman prefer!”  Huh?  The bloody rare oozing piece of beef in the picture looked like something out of Ducky’s morgue on NCIS, rather than something that any normal human being would put in their mouth.  “Giant hot dog with relish and overstuffed sandwiches now awaiting you at MF.”  That was an image I fought to expel from my mind for years.  But here we are, 29 years after the trip of a lifetime, and I still remember that elevator ride as if it were yesterday.

After three decades of travelling Hong Kong and China, you’d think I would get used to the funny translations, to the point that they would no longer be capable of tickling my funny bone.  But actually, the reverse is really the case.  They actually can be hazardous to one’s health, if, like me, you suffer from asthma.  I think things are funnier because when I read the Chinese behind the English, I can usually figure out what went wrong in the translation. 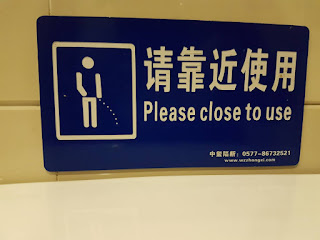 My weekend trip to China kept me in stitches.  First, there was the stick figure of a man peeing affixed on the top of the urinal, with the following caption, “Please close to use,”  What the Chinese said was, “Please come closer to use,” but this translation didn’t cut it.    Then there was the large blue and white sign on the sidewalk outside of the entrance to the airport terminal which said, “Getting off zone…” with an opaque sticker covering the even more telling line below, “Getting on prohibited,”  I paused to ponder why they covered up the bottom part. Was it because passengers could now be picked up at the entrance whereas before they could only be dropped off?  Or was it that some crazy American came by and pointed out the suggestive nature of this most unfortunate translation.  Since it was impossible to make a final determination, I have decided that on my next trip I am going to ask the airport officials until I get a straight answer. 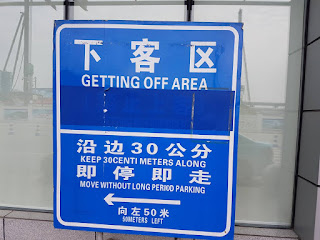 From “triple pecker sandwiches” (like the club sandwich my mother ordered in Guilin in 1993) to “nursing” foot massages which I saw advertised on menus hanging in a shop window in Shanghai, China is ripe with memorable one-liners to send you laughing into an asthma attack.  I have seen language on T-shirts Grandmas wear in China that Britney Spears wouldn’t be caught  dead in, and I have even chased down motorcyclists in a speeding taxi so I could take a picture of the funny English on the back side of a passenger’s jacket.

On this past weekend's trip to China, something definitely got lost in translation when I called housekeeping for help.  I spilled an entire large thermos of ice tea on the big blanket on my bed.  I wanted housekeeping to come immediately and take the blanket to be washed and replace it with a new one.  I explained this clearly (I thought) and the housekeeping receptionist seemed to express that she understood.  Five minutes later the door to our hotel room rang.  Ary, my Indonesian assistant who was traveling with me on this trip to China, answers the door to a man standing there with four teabags.  "Boss," (which most of my Indonesian friends affectionately call me), "the guy from housekeeping is here with four teabags and no blanket."  I called for him to come in and see what the problem was.  I showed him the stain and convinced him to take the blanket away.  He took it away and came back 30 minutes later with a blanket.  He walked into our room and kept saying, bu hao zhao, bu hao zhao (hard to find hard to find.)  I asked for a blanket and got four bags of tea.  You figure.  Something got lost in translation.

Tasty delights from my March trip to Zhengzhou 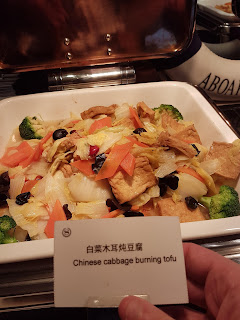 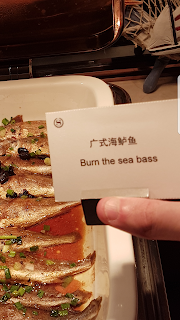 Burn the Sea Bass(actual translation- Guangzhou style sea bass)
Why would you do anything else???? 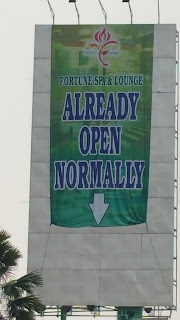 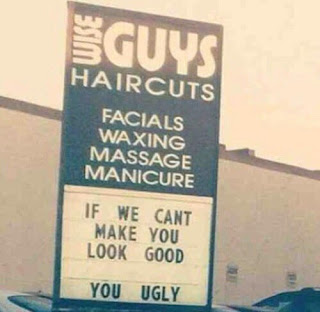 Off the Beaten Path on my last trip to Bali.... 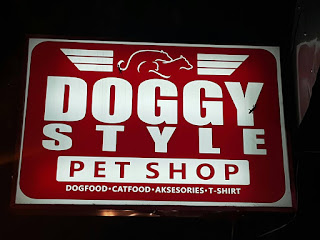 I wonder how many have bought the "T-SHIRT" and "AKSESORIES"??


Posted by Timothy Conkling at 8:37 AM